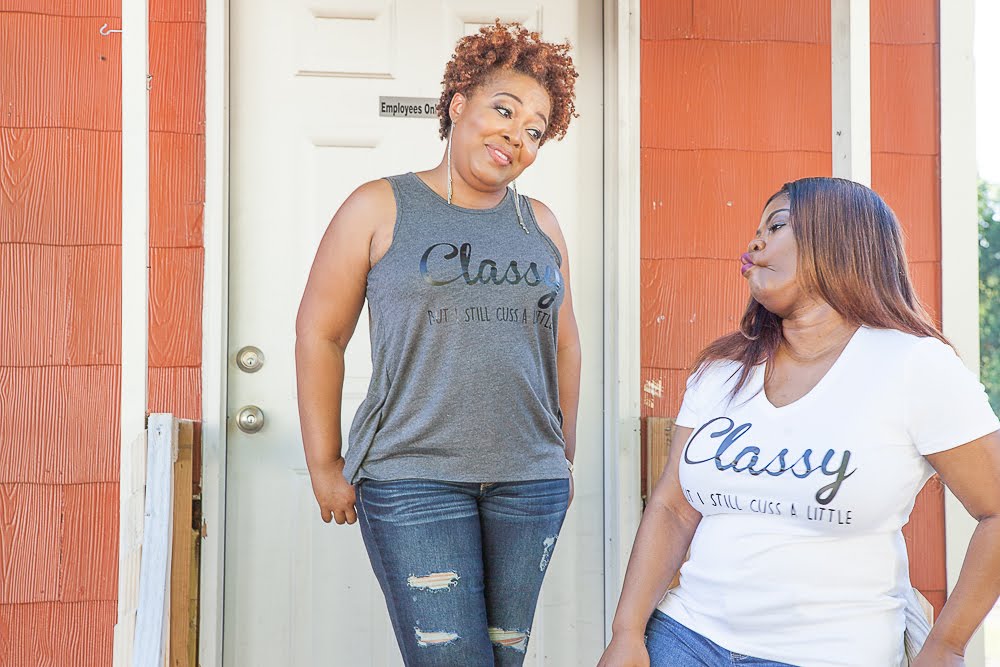 I am hoping that putting this into words alieves some of the pain in my heart. There will be things in here that I have not said aloud to anyone so I apoligize in advance to those that love me but I really did not want to talk about it but I will type about it.

February is the best shittiest month for me. February is the month my mom, daughter, and I were born. If my grandson comes on time then we can add him to the list.

February is also the month that my mom died.

2016's February made me want to throw the whole month away. February betrayed me and  took her away from me. Losing my mother has changed me in ways that I probably will never be able to describe. I am her only child and the majority of the the time it was just me and her. My mama was there. My mama showed up for me. My mama provided for me and I did not go without anything. She made sure I had what I needed and the majority of what I wanted. She never did get me those Hitek boots though...

Point is my mama was there. My dad was playing peek a boo in my life but mama was consistent. As I grew older we had our mother daughter issues but I would run when she called. I would fuss and yet still take her what she wanted. We butted heads because she ALWAYS knew better than me and I ALWAYS knew better for me. I am hardheaded but I got it from her. No one told my mama what to do. NO ONE! Well outside of my grandmother.

February 2nd, 2016 I took my mama to lunch for her 61st birthday. I noticed she was not looking well and eating slow. I asked her several times was she ok and she responded every time, "I'm alright baby girl." Well the last time I asked, she told me, "Dont ask me that no damn mo." Scuse me then Sharon.

February 5th, I got a phone call that night from my Aunt Jean telling me that my cousin Marcus was concerned about my Mama. She called Marcus to bring her soup because she wasn't feeling well and she threatened his life and told him he bet not call me. So his scary ass called his Mama for her to tell me that my Mama was sick. He was not trying to get shanked... I called her and she went off and assured me that she only had a stomach virus.


February 6th I picked up my Aunt Trudy and we went to my mama's as a force to be reckoned with to get her to go to the hospital. Well our super powers failed. We sat there for 2 hours and pretty much got cussed out for even suggesting she go to the hospital. I was told if I called the ambulance it would be a waste of time because she would refuse to go..*sigh* I left there frustrated, scared, and wanting to fight her. I called her that evening and she promised me that if she didn't feel better the next day that she would go.

February 7th, I called her first thing that morning and she said she was ok. I told her that I had a few things to take care of and I would head that way and if she still did not look right that we were going to DCH. Surprisingly she agreed and I hung up. 2 minutes later I received a phone call from Trudy saying my mama called Jean crying saying she was ready to go to the hospital.

The doctor saw her and immediately told us that she was going to be admitted before test were ran. We had to wait in that room over 5 hours waiting on a diagnosis. During the meantime, my friend Wanda was out there because her son had an accident and he was a couple rooms over from mama and I thank God she was out there. As my friend Shon says, I am a raw egg...hard on the outside and soft on the inside. I internalize my pain and push people away when I am going through something. I learned from the best. When the diagnosis was revealed I wasn't in the room because I had stepped out for a break and Trudy came out to give me the news and took me outside. When I was told, I felt like someone had taken the air out of my body. Wanda and Trudy were there to keep me off of the ground. After I calm down, I go back to see her and the first thing she says is, " Don't come in  here with all that crying." And guess what? I went in there with all that crying.

February 8th through the 25th consisted of my mama being taken to UAB, surgery being performed, ICU, and talks of chemo and rehab. I have never been so scared ever in life. Her ICU stay was supposed to be 3 days but she ended up there for 2 weeks because her recovery was not going as planned. I started making accommodations with a Rehab center in Tuscaloosa to help her get back on her feet so she could be closer to me. I also had been in contact with her surgeon about her follow up chemo because my mama was going to make it. That thought process was the only way I could breathe, work, and take care of everything. I spent as much time as I could at UAB with her. Most of the time she was trying to send me back home to see about the kids. The whole time her biggest concern was me. Was I eating enough. don't be on that road too late, don't lose your job, you better see about Carl...I honestly did not care about any of that during that time. In my mind I was thinking, fuck them kids, job and man. My mama was sick. My mama had never spent any time in a hospital my whole life and I was scared.

February 26th, I was at work when I received a phone call telling me my mama was going to hospice. I hung up. The nurse called me back to make sure I understood what that meant. Bitch I know exactly what that means but you must have the wrong number. My mama is getting better..my mama is going to beat this...my mama will be back at work in a year. I had to sit on the floor in order for it to sink in, my mama was dying. The next few hours I was on auto pilot. I had to inform my manager of what was going on, pick up Trudy, and head to Birmingham. When I got there I had to figure out how to get her to her home and set up hospice care. Mama also threw in a few tasks for me to call people about her floors being done, how her car insurance had lapsed, and to give the bed in her spare bedroom to my cousin Ashley for her daughter. I think she did that kind of stuff to normalize what was going on. Once I got her home, I sat in her living room and bawled for hours. I was losing my mother and it would be only be a matter of days. This was the hardest day of them all.

February 27th through 29th was filled with nothing but love. The weather was beautiful for February. I had the doors opened and allowed visitors. I gave her whatever she asked for even though she wasn't eating much but if she asked for it, she got it. She was shown so much love and that helped me more than I can describe. She was able to say goodbye to those that loved her most. She passed on the 29th. It was a Monday and I had some things to take care of for her so I didn't get to her until after 11. I walked in, washed my hands and got her a fresh wash cloth to keep her cool. I went in and talked to her. I asked her how was she and she replied, "I'm alright baby girl." I told her why I was just getting to her and told her I was going to eat and then come right back to her. I walked out of the room and a minute later my aunt screamed my name..my mama was gone. My mama waited on me...

Sharon Carey passed on February 29, 2016 during a leap year. I am so grateful that she was chosen to be my mother. She played no games with me but I truly appreciate her toughness because if not for that, I would not be me. Her toughness helps me navigate through life better and has taught me how to survive. I will forever miss her and there is not a day that passes that I do not think of my mama. So much of who I am is because of her..you're welcome. 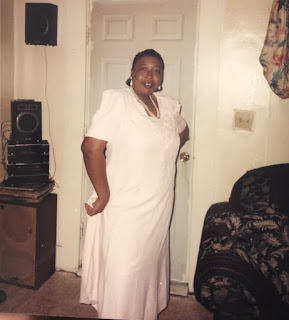 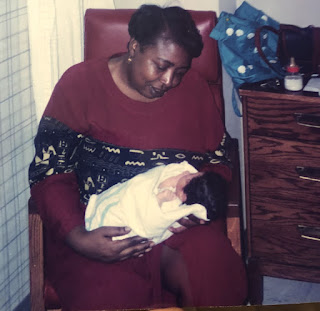 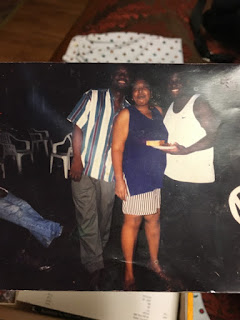 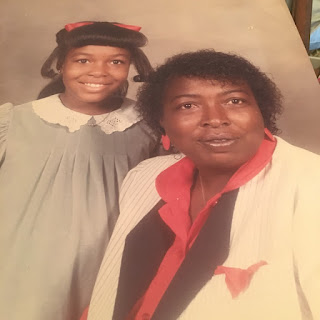 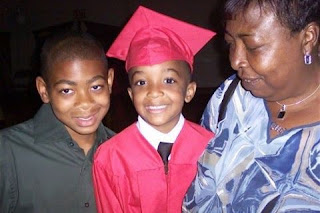 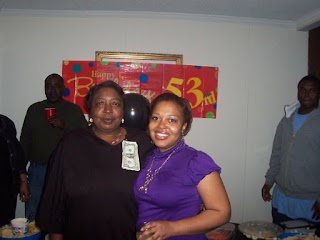 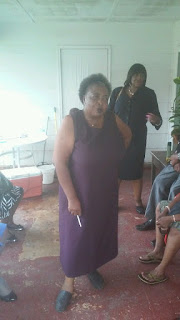 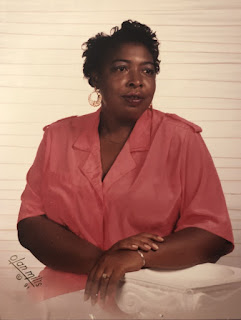 Posted by TCarey at 2:44 PM 6 comments: Links to this post

IS RELIGION KEEPING YOU SINGLE?

I just had the longest confusing conversation of my adult life that left me with this question, Is religion keeping women single? Evidently I have a very trusting face because people strike up conversations with me and tell me all types of things that I do not care about. Most of the time I do not repeat it because I don't retain the majority of it but this particular interaction left me in thought. She was going over why she thinks she is single and told me about several suitors and she used her religion to disqualify each man. In her mind she has set her future mate on some imaginary pedestal.

He has to be an active member of a church...

He can't be a member of her church...

Per statistics on any given Sunday there are 13 million more adult women than men in America's churches so sis....

So lets talk y'all. How much does religion play in your dating life and do you think it is hindering you or helping you? What does the bible say about dating?

Posted by TCarey at 4:45 PM No comments: Links to this post

Book Of The Month

Trying something new!! New Year, New Tings! Get out of that comfort zone. One of our QOTD was What is the last book you read? Got a little feedback but we saw that more people want to read more. Here is your chance to do it together. We can knock that reading thing off of your 2018 To Do list. Every month.

This is the January Book of the Month. We will discuss at the end of the month. The date, time and location TBA. So grab your copy or your e-copy and join us as we read "The Last Black Unicorn" by Tiffany Haddish #SheReady and we are too!!

If you have any suggestions for future books, please leave a comment. 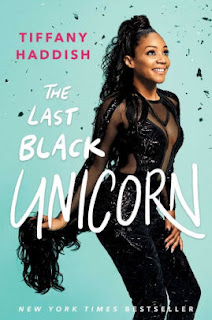 Posted by AricaKane at 7:24 AM No comments: Links to this post 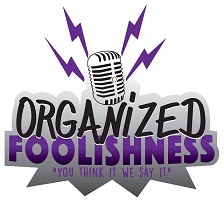 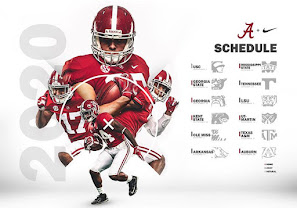